Director Office of the Executive President 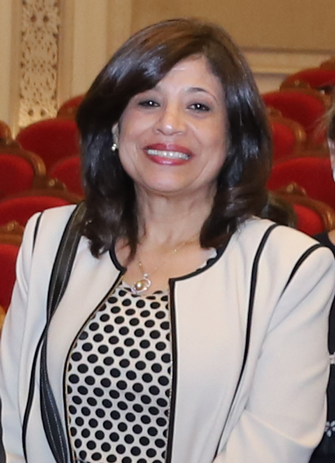 Ms. Shahira Helmy received her bachelor degree in Arts in 1984 from Cairo University. Since her graduation, she held administrative positions at various international organizations including Marriott Hotels, Foreign Embassies, USAID and The American University in Cairo. Based on her long administrative experience in academia, she was selected in April 2012 as a founding member of Zewail City of Science and Technology where she served as the director of the office of the Academic President. During her tenure at Zewail City, Ms. Helmy contributed significantly to the development of this institution where she played a pivotal role in the establishment of all administrative and academic departments through her supporting role to the high administration of the City. Ms. Helmy is currently the director of the Executive President office of Zewail City. Ms. Helmy’s dedication and professionalism, as a founding member of Zewail City, and a key administrator, was one of the factors that enabled Zewail City to be one of the top leading education and research institutions in Egypt that is internationally recognized.