Physics Beyond the Standard Model

Although the standard model (SM) of particle physics is at present in agreement with most experimental data, physicists are convinced that it cannot represent a final theory. There are experimental hints at “physics beyond the SM”, including the non-vanishing neutrino masses inferred from oscillation experiments.

The observed baryon asymmetry in the universe itself evokes sources for charge parity (CP) violation other than those that can be accounted for by the SM. There is also a hierarchy problem: the huge disparity in energy scales between the electroweak scale and the grand unification or the Planck scale. Also, the SM doesn’t provide candidates for dark matter and dark energy.

The CFP team is involved in studying the following candidate theories for possible extensions of the SM: 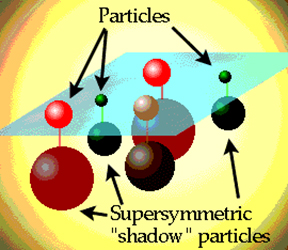 Supersymmetry (SUSY) is one of the most important ideas in high energy particle physics. It is a symmetry that relates the elementary particle of one spin to another particle that differs by half a unit of spin and is known as a superpartner. In other words, in a supersymmetric theory, for every type of boson there exists a corresponding type of fermion and vice-versa.

Supersymmetric theories now stand as the most promising candidate for a unified theory beyond the SM. Supersymmetry is a generalization of the space–time symmetries of the quantum field theory that links the matter particles (the quarks and leptons) with the force-carrying particles, and implies that there are additional superparticles necessary to complete the symmetry.

The CFP investigates supersymmetric extensions of the SM and their potential signatures at colliders and in astrophysical and cosmological observations.

One of the most exciting developments in particle physics during recent years has been the evidence for neutrino oscillation, pointing towards non-vanishing neutrino masses. In the SM, neutrino masses are exactly zero due to the absence of right-handed neutrinos and the exact B-L conservation.

Therefore, non-vanishing neutrino masses are a clear indication of physics beyond the SM. We proposed an extension of the latter based on: SU(3)C x SU(2)L x U(1)Y x U(1)B-L symmetry, incorporating an established baryon minus lepton number invariance as a viable and testable solution to the neutrino mass problem.

In a supersymmetry context, the high energy physics team showed that the three relevant physics scales related to the supersymmetry, electroweak and baryon minus lepton (B-L) breakings are linked together and occur at the TeV scale. We study the phenomenological implications in the Higgs and leptonic sectors.

The grand uniﬁed theory (GUT) SU(5), which was proposed by Georgi and Glashow in 1974, is the simplest extension of the SM that provides a natural framework for the uniﬁcation of fundamental interactions.

The high energy physics group at CFP studies a non-minimal version of the SU(5) model with the 45-plet Higgs representation. This model extends the SM by an extra Higgs doublet and a color-octet scalar doublet. TeV scale octet scalars can be produced copiously at the Large Hydron Collider (LHC) and lead to very interesting signatures.

Another interesting example of GUT models is the left-right model, which is a natural extension of the SM that accounts for the measured neutrino masses and provides an elegant understanding for the origin of the parity violation in low-energy weak interactions. We analyze the phenomenological implications of what is called the alternative left-right symmetric model, motivated by the superstring-inspired E6 model. 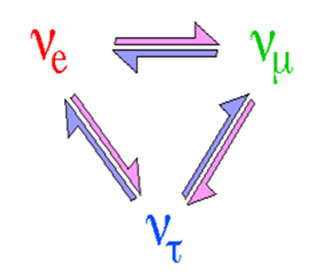 Neutrinos have recently acquired a special status as the only directly accessible window so far on new physics beyond the SM. In addition, neutrinos might have a decisive role in shaping our universe.

CFP researchers are currently interested in proposing and studying neutrino mass textures. The studies involve investigating the compatibility with the current neutrino oscillation data together with finding possible symmetry realization underlying these textures.

Moreover, CFP researchers are also considering some special mixing patterns, like triplicity or its variant with small deviations, which fit closely to the observed mixing pattern and trying to find symmetry realization. Afterwards, the found symmetry could be extended to the whole lepton sector enabling us to address and answer more profound questions concerning the flavor problems and the origin of baryon asymmetry. 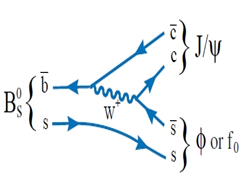 In SUSY theories there are several possible sources for CP violation arising from the complexity of the soft SUSY breaking terms. In fact, CP violation constitutes one of the main open questions in high energy physics since the beginning of the 21st century.

One of the important possible manifestations of CP violation and new physics beyond the SM would be the existence of electric dipole moments (EDMs) in elementary particles, nucleons and atoms.

The CFP team expects that with further improvements in experimental precision, the EDM will provide a crucial test of CP violation. The SUSY phases induce an EDM of quarks and leptons at one loop level, which might exceed the experimental limit. Hence, CP violation offers a good chance to learn about physics beyond the SM.

In addition, with the wealth of experimental data coming from the Large Hydron Collider b (LHCb), we project to study the question of whether SUSY can significantly modify the CP asymmetry in B decays compared to the SM picture.

Extra dimensions can provide an alternative way to address the origin of the TeV scale. It is a common belief held by many theorists that our world is not limited to just four dimensions but it can extend to as many as eleven dimensions. The revolutionary idea of extra dimensions was proposed independently by Kaluza (1921) and Klein (1926) in an attempt to unify electromagnetism with general relativity.

It has been an important ingredient of superstring theory that tries to unify the four types of fundamental interactions. In the Kaluza-Klein theory, the extra spatial dimensions are assumed to be compactified, i.e. they curl up on such a small scale that they have no physical consequences to low-energy physics. This small scale is usually identified with the fundamental string scale, far away from the electroweak scale, which is now being probed.

However, recent developments in string theory point at a scenario where the SM fields are constrained to live in a lower dimensional surface – a brane – of the higher dimensional space-time, while gravity lives in the full space-time. This means we do not yet know where the string scale is, and it could be anywhere from the TeV scale to the Planck scale. We study the particle phenomenology and also the cosmological implication of the warped extra dimensional model, in particular what is known as the Randall-Sundurm scenario.