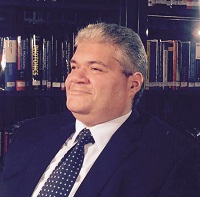 Professor Salah Obayya is currently a full professor of photonics at the University of Science and Technology and the director of the Center for Photonics and Smart Materials, Zewail City.

Obayya’s research efforts are related to the area of green nanophotonics. His focus is on intelligent computational modeling of modern nanophotonic devices to enable technologies for the efficient generation, distribution and utilization of sustainable energy for a low-carbon green society. His efforts enabled him to secure $ 2 Million research funding from research councils and major photonics industry players in Egypt and the United Kingdom.

Obayya’s continuous scientific contributions have greatly served the international photonics community. In addition to publishing 110 papers, mostly in journals belonging to the Institute of Electrical and Electronics Engineers, the Institute of Engineering Technology, and the Institution of Electrical Engineers, Obayya has published 130 conference papers and had 20 keynote lectures and invited talks at major conferences. He is also the author of “Computational Photonics” published by Wiley, New York.