String theory is the leading candidate for a theory that unifies all fundamental forces in nature in a consistent scheme. It provides a consistent framework for the theory of quantum gravity.

The CFP team is involved in the following research topics:

One of the central questions in superstring theory is the stabilization of moduli. In general, moduli fields include the dilaton S, the Kahler moduli Ti and the complex structure moduli Zi. 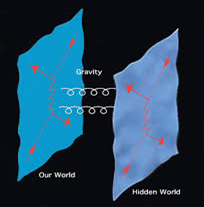 D-branes provide a new way of realizing non-abelian gauge symmetries in the string theory. Since the open string endpoints are fixed on the D-brane, the massless modes in the latter sector yield a Maxwell field propagating on the D-brane world-volume.

In this respect, the intersecting branes have proven to be a candidate framework of model building that offers an excellent opportunity to provide the correct light degrees of freedom, the right gauge group and chiral fermion spectra, leaving the details of their dynamics aside for the moment.

We aim to show that the supersymmetry (SUSY) B-L extension of the standard model can be naturally embedded in intersecting branes setup.

Up to now, any attempt to unify general relativity and quantum mechanics has been unsuccessful. The main problem of this “marriage” is the non-renormalizability of general relativity. The minimal general relativity consists only of the Ricci (curvature) scalar (R) but higher powers of R, appearing in the action of gravity, are not excluded by any known principle and this is where divergences appear since the gravitational interactions are proportional to the energy.

Therefore, at the low-energy limit of the theory, it is possible to reliably calculate the quantum corrections to quantities of general relativity. Till now, such calculations have been done mainly for the Newtonian potential or for some black hole metrics. Researchers at CFP are investigating the quantum effects with cosmological universes such as FRW and Bianchi universes. 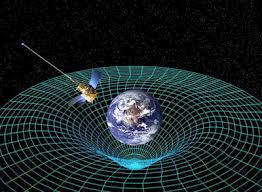 Semi-classical approaches of quantum gravity are expected to play an important role in revealing some essential features of the fundamental quantum theory of gravity. One common feature among most of these semi-classical approaches is the departure from the relativistic dispersion relation by redefining the physical momentum at the Planck scale.

This departure could also be a result of spacetime discreteness, spontaneous symmetry breaking of Lorentz invariance in string field theory, spacetime foam models or spin network in Loop quantum gravity. A theoretical framework that naturally produces modified dispersion relation is double special relativity.  Double special relativity is an extension of special relativity that preserves the relativity principle and extends the invariant quantities to be the Planck energy scale beside the speed of light. In this framework, the definition of the dual position space is not trivial due to the nonlinearity of the Lorentz transformation.

To overcome this issue, Magueijo and Smolin proposed a doubly general relativity, which assumes that the spacetime background felt by a test particle would depend on its energy. Therefore, we will not have a single metric describing spacetime, but a one parameter family of metrics that depends on the energy (momentum) of these test particles, forming rainbow geometry or rainbow gravity.

This very new idea needs a lot of investigations in cosmology as well as black holes, which are widely thought to have the ability to resolve the physical singularities of general relativity and could be considered as an approach for quantum gravity.

Current observational data clearly indicates that our universe has undergone at least two periods of accelerated expansion: the early-time inﬂation and the present late-time cosmic acceleration. A natural and elegant explanation of the known universe’s evolution in a uniﬁed manner may be given within a modiﬁed gravity approach. In this theory, the gravitational theory in the early universe contains higher derivatives terms, which cause the early-time inﬂation. During radiation/matter dominance, higher derivatives terms are negligible if compared with standard general relativity. Meanwhile, the current dark energy epoch is due to the gravitational terms, which dominate at very low curvature. We study f(R) theory, which is dynamically equivalent to the normal theory of gravity minimally coupled to a scalar field with a viable scalar potential for inflation with spectral index ~ 0.96, as confirmed by recent Planck satellite measurements. We also analyze the power spectra of scalar and tensor perturbations generated in f(R) inflation models.