Leading Egyptian biochemistry and molecular genetics professor elected as a Fellow of the Royal Institute of Preventive Medicine, UK 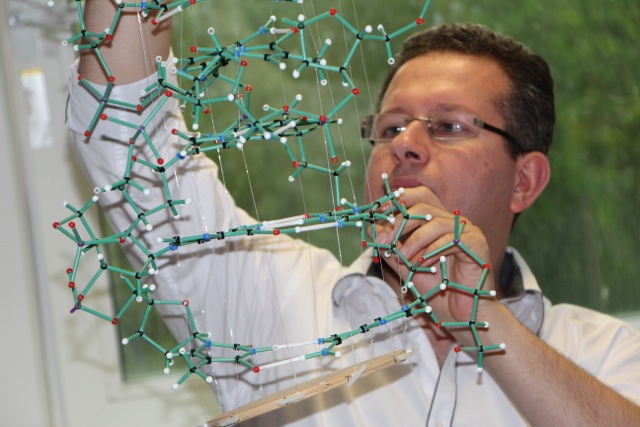 Cairo, 30 October – Sherif El-Khamisy, Ph.D., Professor of Biochemistry and Molecular Genetics, Director of the Center for Genomics (CG) at Zewail City of Science and Technology has been elected as a Fellow of the Royal Institute of Preventive Medicine. El-Khamisy was elected from 164 nominees to be the first Egyptian and Arab scientist who receives such an international recognition.

El-Khamisy was elected for his track record in the field of genomics and his scientific contributions especially his work on DNA repair.

"I am delighted to be a Fellow of the Royal Institute of Preventative Medicine, which is one of the highest recognitions in the UK and internationally. I am thrilled that the award now goes to an Egyptian scientist and hope that our research will open new frontiers in medicine, particularly in the field of genome stability" stated El-Khamisy when asked what this recognition meant for him.

El-Khamisy and his team are working on two strands: the first is to determine the mechanisms by which mammalian cells maintain genome integrity and unravel genetic and environmental factors predisposing to disease and modulating responses to treatment. In particular they focus on degenerative disorders and prevalent cancers in Egypt such as liver cancer.

The second strand is to identify new gene functions and novel putative drug targets for clinical intervention in pre-pathological and pathological conditions. The latter has been very fruitful with the recent discovery of new genes functions (Nature, 2009) and an on-ongoing drug discovery award from Cancer Research UK to develop chemical inhibitors for clinical applications. The CG has prolific research collaboration links with other centers at Zewail City, Egyptian and world-leading institutions.

For more information about Center for Genomics Click Here

About the Lister Institute of Preventive Medicine

The Lister Institute of Preventive Medicine is a UK medical research charity which supports young researchers by the award of Lister Prize Fellowships.  They may work in any field of biomedical research and may be either medically or scientifically trained.