Professor Iasellis’ journey back into time 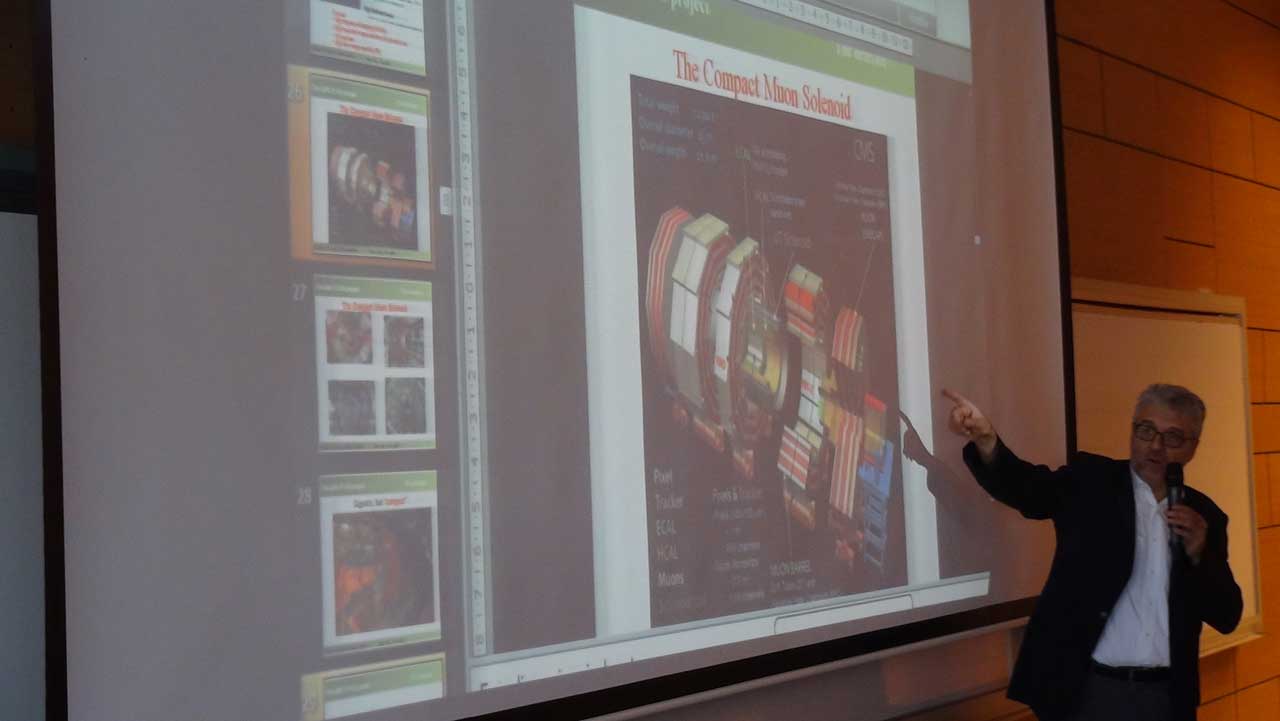 Giuseppe Iaselli, a visiting professor at the Center for Theoretical Physics (CTP), known now as Center for Fundamental Physics (CFP), at Zewail City of Science and Technology, delivered a seminar on Wednesday, 12 June titled: LHC-CMS project at CERN.

“The Universe, as we know it, around four percent of what actually exists, and the rest is dark matter,” said Iaselli. “These experiments will give us a chance to learn about this dark matter.”

Iaselli described the LHC - the world’s largest and most powerful particle accelerator- as a time machine. He explained this description by noting it gives us the opportunity to look back in time by producing particles that existed millions of years ago, such as the Higgs Bosson, an elementary particle discovered last year.

Iaselli went on to discuss the challenges facing this huge experiment. He explained that one of the challenges is the high interaction rate between particles, which is estimated at 40 million crossings per second. He pointed out that only 100 interactions can be detected and analyzed. He added that another challenge is the high radiation level resulting from these interactions.

“Egypt became active in high energy physics a few years ago, making important contributions to the CMS ,” said Iaselli. He pointed out the excellent efforts and contributions made by a number of Egyptian universities and organizations, such as Zewail City of Science and Technology, Ain Shams University, Cairo University, and Helwan University.

At the End of the seminar Iaselli held an open discussion with Zewail City CTP staff members, as well as a group of researchers from various Egyptian Universities including, Fayoum, Helwan, Cairo and Ain Shams Universities.

Giuseppe Iaselli is a professor at the Department of Physics, Politecnico di Bari and a scientific associate at INFN. He is an expert in gaseous detectors for particle physics and was the project manager of the CMS resistive plate chamber sub-detector until 2010. Iaselli is the chair of the CMS Muon Institution Board and RPC Upscope Coordinators, as well as the principal investigator of the Europe Egypt Network for Particle Physics.