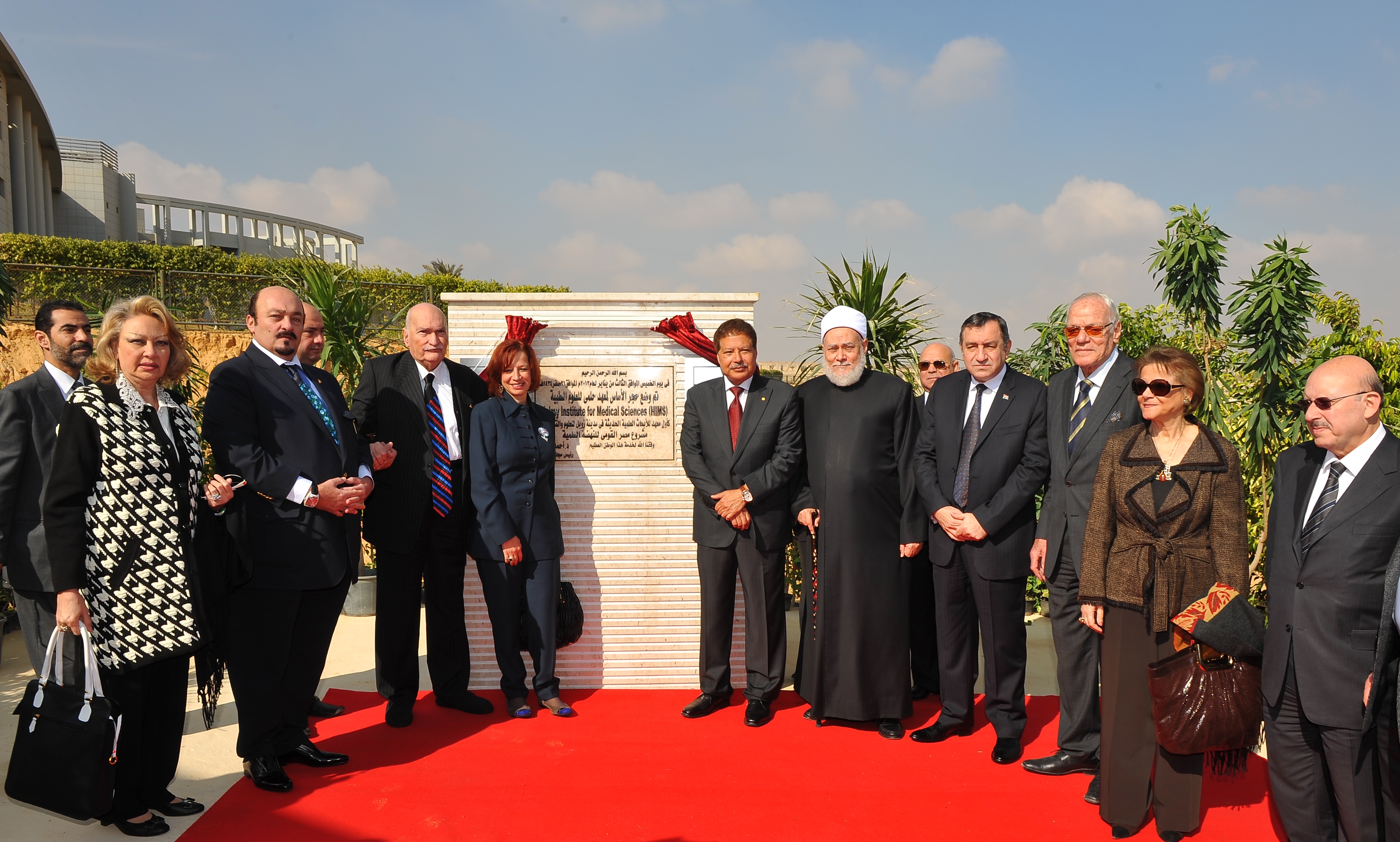 “On behalf of the Supreme Advisory Board, I am pleased that Dr El-Khamisy will be joining us and leading the genome initiative efforts at the City. Sherif comes to us with an impressive publication record and outstanding accomplishments. As a Wellcome Trust Fellow, a rare and unique distinction in Britain, Sherif will oversee a number of research directions involving molecular genetics and genomics,” said Dr Ahmed Zewail, Chairman of the Board.

El-Khamisy will establish the Genome Unit hosted by the Center for Aging and Associated Diseases (CAAD) at Helmy Institute for Medical Sciences. He and his group will employ cutting-edge research, combining genetics, biochemistry, cellular and molecular biology, and whole animal studies to uncover the molecular mechanisms of fixing DNA damage. If not repaired, damage to our genome can cause cancer, mental retardation, cognitive decline, and complications with diseases of high prevalence in Egypt such as diabetes, pulmonary hypertension, and cardiovascular disorders. El-Khamisy’s team will also identify new gene functions and exploit them as drug targets.

In addition to his research efforts, El-Khamisy will teach graduate and undergraduate students to train young scientists and promote knowledge exchange.

“I am one of many Egyptian scientists who tried every possible avenue to participate in promoting frontier science in Egypt but was stumbled by the bureaucracy and lack of appreciation,” commented El-Khamisy. “Now, with the wonderful initiatives undertaken by Dr Zewail, the opportunity has come and we all, as a nation, should join our forces for a better future. I am proud and thrilled to be back home,” he added.

Sherif El-Khamisy graduated from the School of Pharmacy, Cairo University (1997) with a first class honor and was appointed as a demonstrator in the same university. He then moved to Ain Shams University and obtained an MSc degree in the field of tumor markers. He received a PhD from the University of Sussex, which was then followed by a post-doctoral fellowship at the Department of Genetics, St Jude Hospital in the US. Currently, El-Khamisy is heading a research team at the University of Sussex under the Wellcome Trust distinguished award.

El-Khamisy published 25 papers and was a leading author in two studies published in Nature (2005 and 2009) and one in Nature Communications (2012). He authored and co-authored other papers in Cell, EMBO Molecular Medicine,Nature Neuroscience, Nucleic Acid Research, Molecular and Cellular Biology, British Journal of Cancer, and Human Molecular Genetics, among others.

El-Khamisy’s work was the first to show that defects in fixing faults in one strand of DNA can lead to neurodegeneration. He and his colleagues discovered a novel human enzyme in 2009. Driven by his initial training as a pharmacist, Sherif is leading initiatives to translate these findings to the clinic. His work is of significant impact in the field of genome research and medicine.

Professor Sherif El-Khamisy has been selected as a Fellow of the British Higher Education Academy and serves on the editorial board of reputable journals. He is the recipient of the Egyptian National Award in Medical Sciences from the National Science Academy and the highly competitive and prestigious fellowship from the Wellcome Trust, UK.