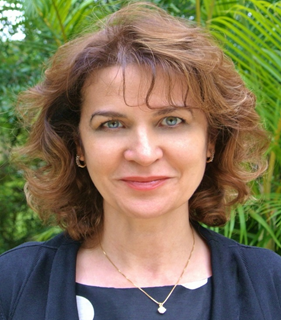 In light of Zewail City’s eagerness to communicate and collaborate with all Egyptian universities and research organizations in its bid to establish a scientific research base, Dr. Nagwa El-Badri, head of the Biomedical Science Department at The University of Science and Technology, will be the keynote speaker for the plenary session of the first annual conference by the Arabic Foundation for Molecular Genetics and Stem Cell Technology entitled “The International Conference of Stem Cell Applications and Human Genome”. The conference is scheduled to be held on 20-21 February at the Nile Tower Hotel (formerly Grand Hyatt Cairo).

El-Badri holds a Ph.D. with distinction from the University of South Florida, and an MB.BCH with honors from Cairo University College of Medicine. She began her research career as a Fellow of the American Heart Association. She was awarded an Initial Investigatorship to study the role of stem cell transplantation in autoimmune disease.

El-Badri was awarded funding from the National Institutes of Health, the American Heart Association, and several national organizations and foundations in support of her research. She published over 40 peer reviewed publications in the field of stem cell biology and autoimmune disease. .

El-Badri was selected among 145 highly qualified women scientists and physicians from all over the United States to acquire the knowledge and skills needed to follow the path to leadership in academic medicine. She was also elected as a Fellow of the American College of Nutrition.