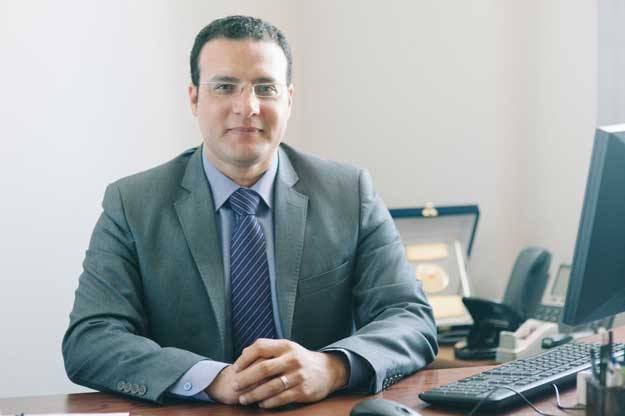 The Egyptian Academy of Scientific Research and Technology (ASRT) has honored Dr. Ibrahim El-Sherbiny, associate professor of material sciences at the University of Science and Technology. This was during a ceremony in which the ASRT honored scientists and researchers who received state awards in the fields of science and advanced technology in 2009, 2010, 2011 and 2012.

El-Sherbiny received the State Incentive Award in science and the Venice Kamel Award for Scientific Creativity for Young Researchers in the field of materials science and its applications. El-Sherbiny has been awarded for his high impact research published in a number of cited international journals and for his contributions and achievements in his field.

One of El-Sherbiny’s contributions is a promising approach for controlled pulmonary drug delivery, which can help patients with chronic diseases who require prolonged periods of medication.