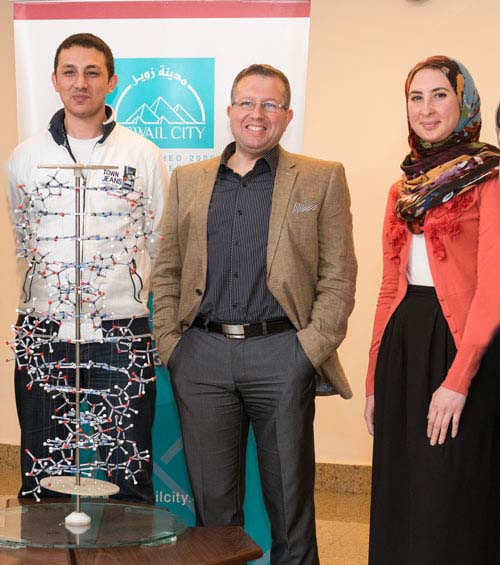 As DNA inside the cells is repeatedly uncoiled during replication or the encoding of proteins, it can sometimes get entangled. That is why cells have evolved biological machines that can resolve this, called topoisomerases.

However, this process can sometimes go wrong, leading to DNA breaks that may cause cancer. But scientists are also suggesting this particular fault may be used to fight cancer as well.

A team of researchers at Zewail City of Science and Technology, Egypt, collected and analyzed data from previous research on protein-linked DNA breaks (PDB) caused by topoisomerases to understand how they are formed, how they are repaired and their role in certain cancers.

“By understanding the behavior of these enzymes in different tissues, at different genomic loci, and across individuals, we can then unitize this knowledge to create specialized treatments that rely on genomic differences between patients” said Prof. Sherif El-Khamisy, the senior author in the study and director of the Center for Genomics at Zewail City of Science and Technology.

The team of Mohammed Ashour and Reham Attya, led by Prof. El-Khamisy, published their review on February 19, 2015, in Nature Review Cancer.

The team analyzed 176 studies including their own from the past 30 years on the role of PDB in cancer development and treatment.

Defects in the operation of topoisomerases can cause changes in the chromosomal arrangement within cells, which can trigger cancer development. However, these defects can also result in the death of cells, which is a tool that has been widely used by doctors to kill cancerous cells. The team concluded that, while topoisomerases are widespread throughout the body, they seem to cause cancer in certain tissues only.

Sometimes genetic defects can cause the topoisomerases to get trapped on the DNA during its activities. “Unexpectedly, hormones like androgen and estrogen were found to trap topoisomerases at the promoter site of some genes. Since the prostate and breast cells are hormone dependent, they are more susceptible to the development of chromosomal instability mediated by topoisomerases,” explained Ashour, the first author in the study.

The team put forward new concepts on how to explain and then exploit this intriguing tissue specificity to combat cancer. They argue for a systems biology approach to utilize genomic differences in personalized medicine.

The team hopes that this review will set the course for further research and use of this natural phenomenon as a source for new strategies to treat cancer.

Nature Reviews Cancer is one of the leading journals in Cancer Research with an impact factor of 37.912. The article can be accessed from the following link: http://www.nature.com/nrc/journal/v15/n3/abs/nrc3892.html

About Center for Genomics:

The Center for Genomics employs the latest cutting-edge research combining genetics, biochemistry, cellular and molecular biology, and whole animal approaches to understand genomic differences underpinning health and disease. The center is led by Prof El-Khamisy with over 1800 citations and an H-index of 21.

About Zewail City of Science and Technology:

Zewail City of Science and Technology is a non-profit organization. It is dedicated for advancing education, research, and economic development. The City is governed by the Supreme Advisory Board (Board of Trustees) which includes five Nobel Laureates, and with a special Law that grants its independence.