In their endeavors to support Zewail City, the National Bank of Egypt resumed their support in renovating the courtyard and planting the landscape of the city.

After months of diligent work, an inauguration ceremony was held in the honorable presence of Mr. Hesham Okasha, NBE Chairman, Dr. Sherif Sedky, the Executive President of Zewail City, Ms. Nermine Shehab El-Din, Head of Marketing and Community Development of NBE along with a group of revered professors from Zewail City.

Following the inauguration, Mr. Hesham Okasha declared that the National Bank of Egypt has supported Zewail City with more than EGP 300 million, towards advancing scientific research in Egypt, and stemming from NBE’s faith in the Zewail City’s relentless and exceptional efforts to help reach Egypt's 2030 vision.

Mr. Hesham also highlighted the future strategic plan of NBE to support education in the region to rival international standards.

On the other hand, Dr. Sherif Sedky further explained that NBE's financial support in planting the city landscape with fruitful trees will not only add aesthetic value to the City, but will also help in the educational process by granting students the opportunity to continue their researches in soil development, Dr. Sherif also expressed his gratitude to NBE for their constant support to the City’s main goal meeting international scientific standards, through majors such as Renewable Energy Engineering, and Nano Technology Engineering.

At the end of the ceremony, Ms. Nermin Shehab El-Din added that the renovation of the courtyard and planting the landscape area with approx. EGP 5 million will also create a positive environment for students; thereby increasing their productivity.

As part of the integrated process, a total of eight bicycle parking stations with smart mobile application tracker were built in different spots all over the City,
with the capacity of 80 bicycles, as a sporty, eco-friendly and convenient means of transportation for students and staff through well designed lanes within the city.

It is noteworthy that the NBE Egypt and Zewail City have been in a strategic partnership since 2011. Last year, Zewail City's Nanotechnology building has received appreciable support from NBE, in addition to 119 educational scholarships for UST students from all over Egypt to pursue their educational journey in Zewail City. 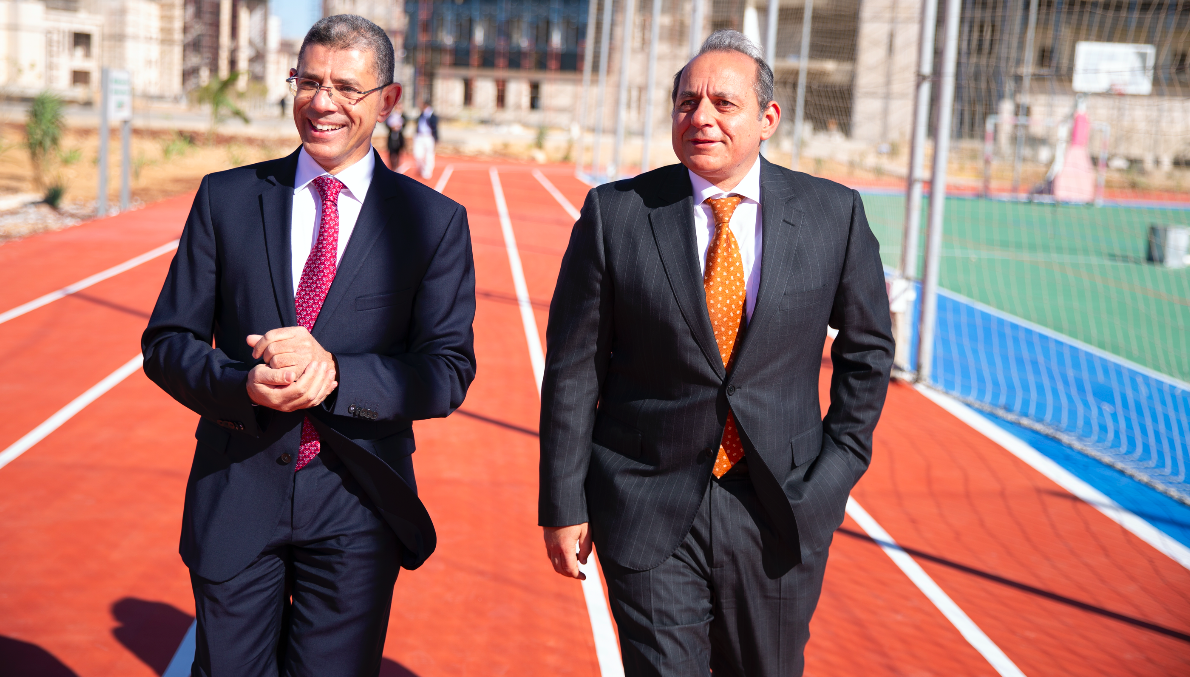 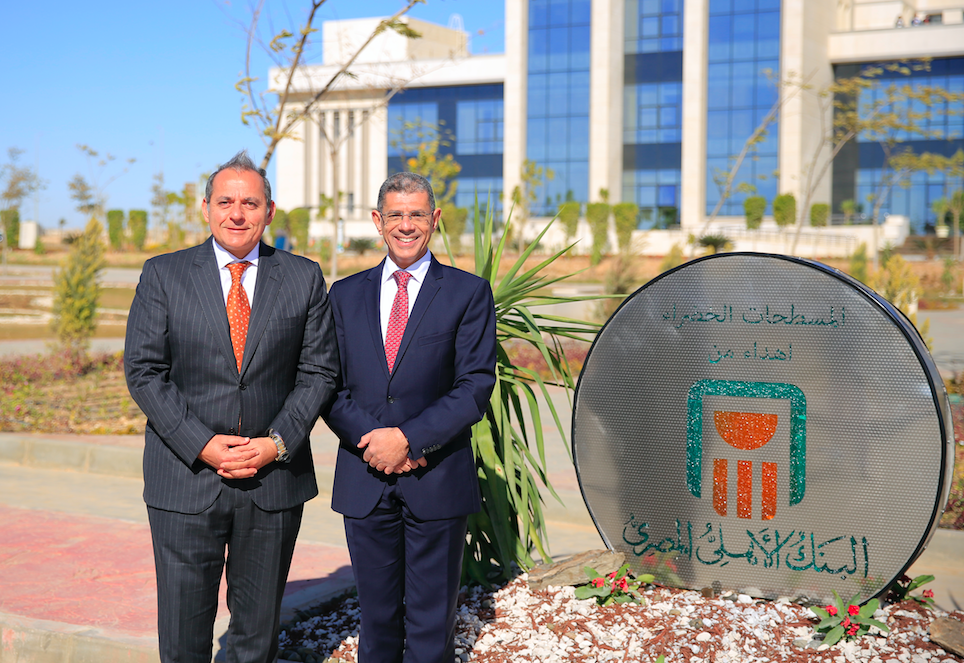 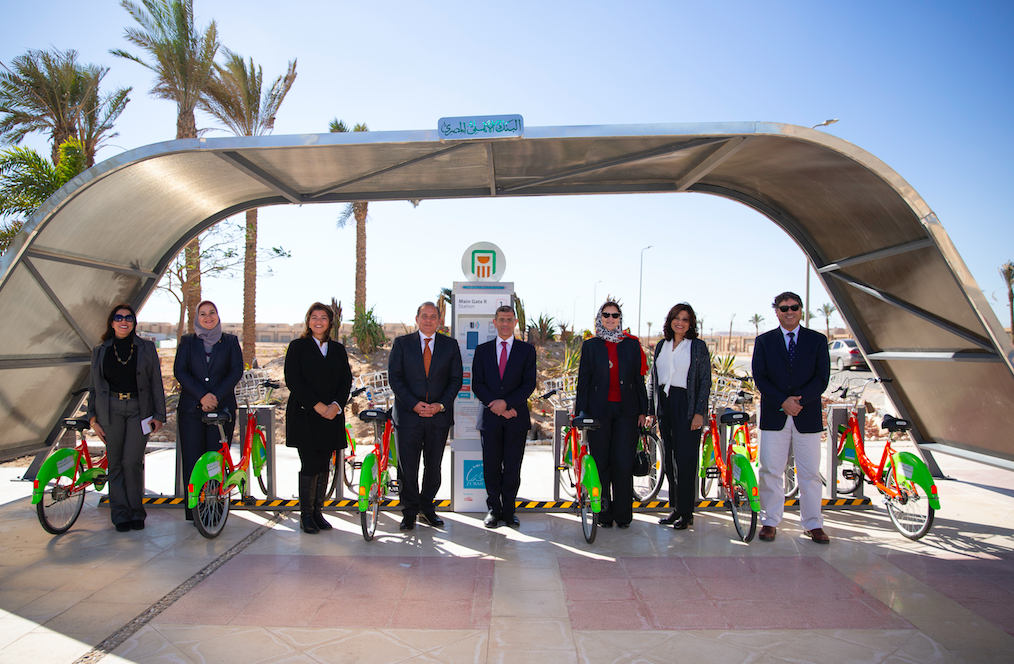 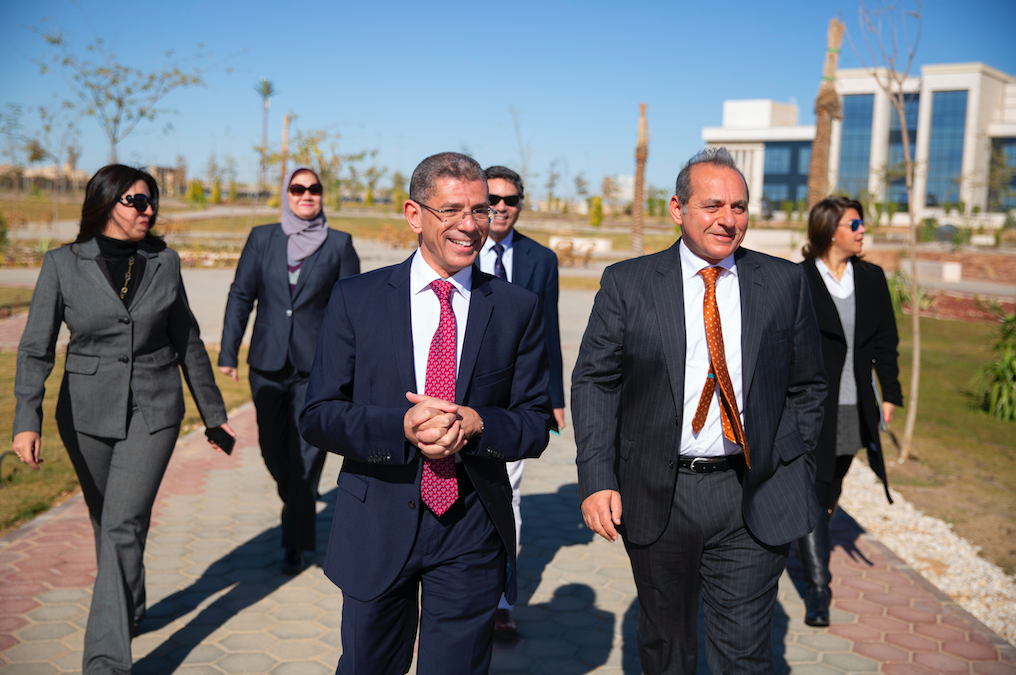