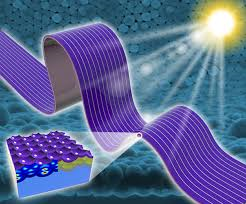 In the 21st century, the search for green and alternative energy sources is unavoidable because of increased environmental pollution and the high cost of carbon-based fuels. Solar energy is an alternative, clean source of energy, and all estimates indicate that it will continue to radiate toward our planet for at least a billion years. Egypt is gifted by the abundance of solar energy, but what is deficient is the technologies needed to transform solar energy into electricity or other alternatives. This conversion of solar energy to electricity, using solar cells, is the subject of research and development all over the world.

At Zewail City of Science and Technology, Professor Salah Obayya and his team have developed novel nano-optical techniques with the aid of computer-based designs to significantly increase the efficiency of solar cells. It was shown in some of the team's recent publications that the superb light absorption of plasmonics, a type of unique surface waves, and the finely-engineered nano-antennas, a structure on the scale of a billionth of a meter, can provide the capability for focusing and confining the sun’s light, offering as much as 33% higher efficiency than conventional cells. These important findings were recently published in the IEEE Journal of Quantum Electronics and in IEE/IET Optoelectronics.

The Center for Nanotechnology at ZewailCity is near to complete functionality, and this facility, directed by Dr. Sherif Sedky, will enable the construction of new prototypes and the testing of various designs. Dr. Obayya and his team are continuing the R&D in this area of alternative energy, which is critical to Egypt’s needs and to the creation of a green society. 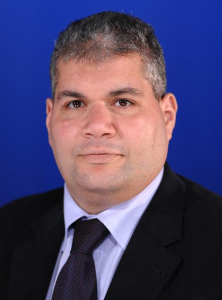 Dr. Obayya joined ZewailCity in August 2012. He is a professor and director of the Center for Photonics and Smart Materials (CPSM). Before he joined Zewail City, he was a reader at the University of Leeds and then became chair professor at the University of South Wales. In this and related fields he and his team at CPSM have published more than 100 journal papers. He is also the author of the book Computational Photonics, published by Wiley. Dr. Obayya is an elected fellow of the Institute of Physics and the Institute of Engineering and Technology in the U.K. From Egypt, he has won, among other honors, the top State Award for Engineering Sciences.

Zewail City is a non-profit organization. It is dedicated to advancing education, research and economic development. The city is governed by the supreme advisory board, which includes five Nobel laureates, and with a special law that grants the city its independence.