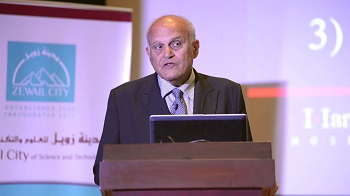 The board started its meeting with a eulogy for Dr. Ahmed Zewail who had unique scientific contributions that benefited not only Egypt but all of humanity.

The board also expressed its appreciation and gratitude to President Abdelfattah El-Sisi, the Egyptian government, and all the Egyptian people for supporting and believing in Zewail City, Egypt’s National Project for Scientific Renaissance.

During the meeting, the board discussed the process of managing the City’s academic and administrative affairs, and emphasized on the pivotal role played by the City’s students, staff and faculty, to achieve its mission and set its goals.

The board also discussed the procedures of adding a seventh member from the City’s Supreme Advisory Board (SAB) to the BoD, in accordance with the City’s bylaw no 161 2012, in order to start the process of electing a new Chairman of the City’s board.