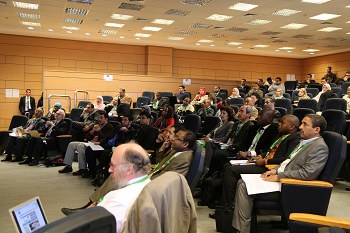 At INCORE2016, experts from all over the world will disseminate the latest cutting-edge technologies in the renewable energy field and will address the main renewable energy challenges that Egypt and Africa face nowadays.

“One of the conference goals is to provide a good opportunity for research collaborations between Egyptian, African institutions and their counterparts at the worldwide level,” said Prof. Salah Obayya, vice chair for academic affairs at Zewail City and the conference chairman. “These collaborations will ultimately lead to advancements in the renewable energy field and its various applications, and subsequently help eradicate the power problem we face in Egypt,” added Obayya.

The conference drew more than 110 attendees and around 180 members participating with poster and oral presentations from 36 countries around the world.

About ANSOLE:
The African Network for Solar Energy (ANSOLE) was established in 2010 by an initiative of African scientists. The network aims to foster research activities in the field of solar energy and to address the acute energy problem in Africa.