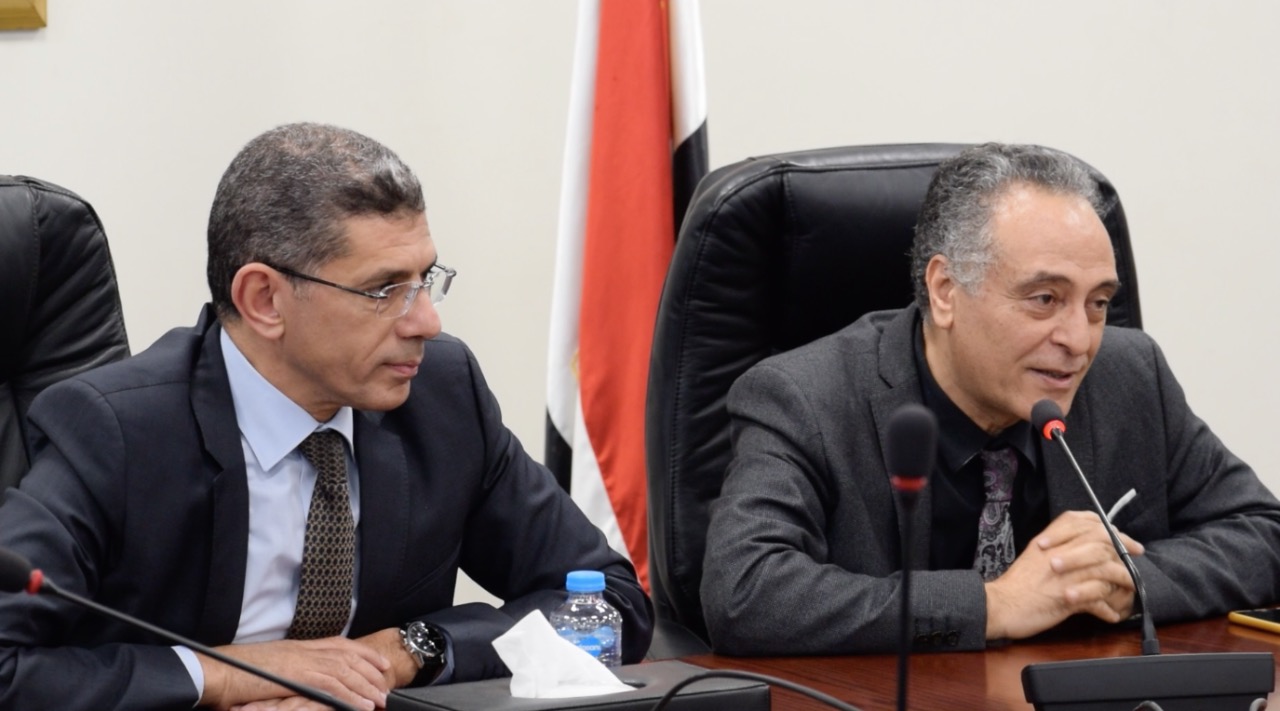 Wednesday 27th of November 2019, Zewail City of Science and Technology and Innovation hosted its second Media Roundtable this year in the presence of Prof. Sherif Sedky the Executive President of Zewail City, in order to highlight the City’s recent scientific achievements and their impact on the community and economy. Several journalists were present along with Zewail City's professors and faculty members with students who accomplished researches and leading projects. Where Prof. Sherif Sedky highlighted the contributions of the students and researchers through their researches related to the challenges that Egypt faces in the fields of Energy, Environment, Agriculture, Industry, Health and Water. In addition to that, Zewail City students has received advanced places in national and international scientific competitions. 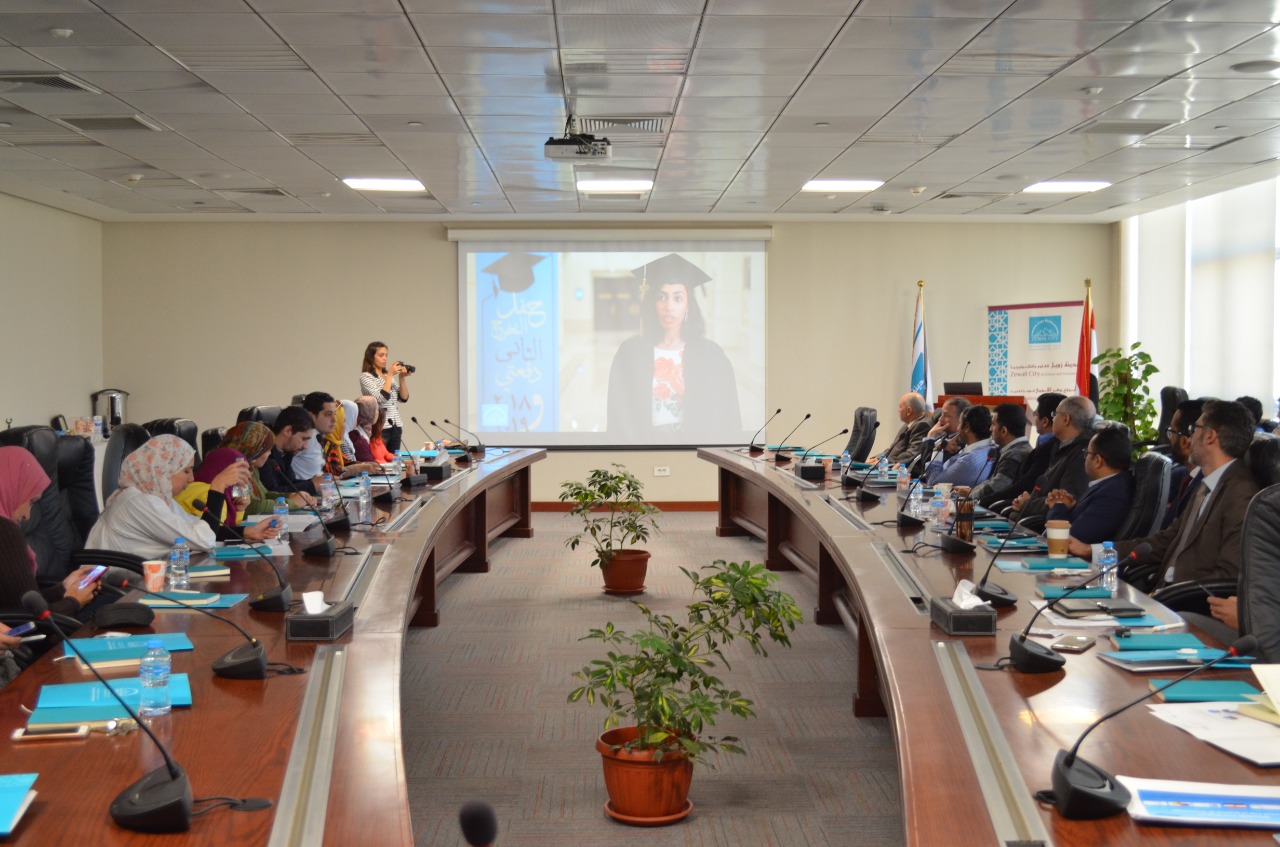 Prof. Sherif Sedky Stated that the faculty number has increased to almost 70 experienced Egyptian professors who hold their scientific advanced degrees from prestigious universities around the globe. He also mentioned the bachelor degree graduates and the remarkable applications demand for The University of Science and Technology in Zewail City (UST) for its unique majors in engineering and science in both undergraduates and postgraduates. Furthermore, Prof. Sherif highlighted the accomplishments of Zewail City with the Fact that the number of publications in international scientific journals reached 950 scientific researches. Neverthless, a number of Zewailian students were also attending, they have received first places in different scientific fields, including Physics, as well as Dr. Rana Raouf who granted the First PhD degree in Materials Science from The University of Science and Technology in Zewail City, She has also participated in several health researches Sir. Magdy Yacoub. 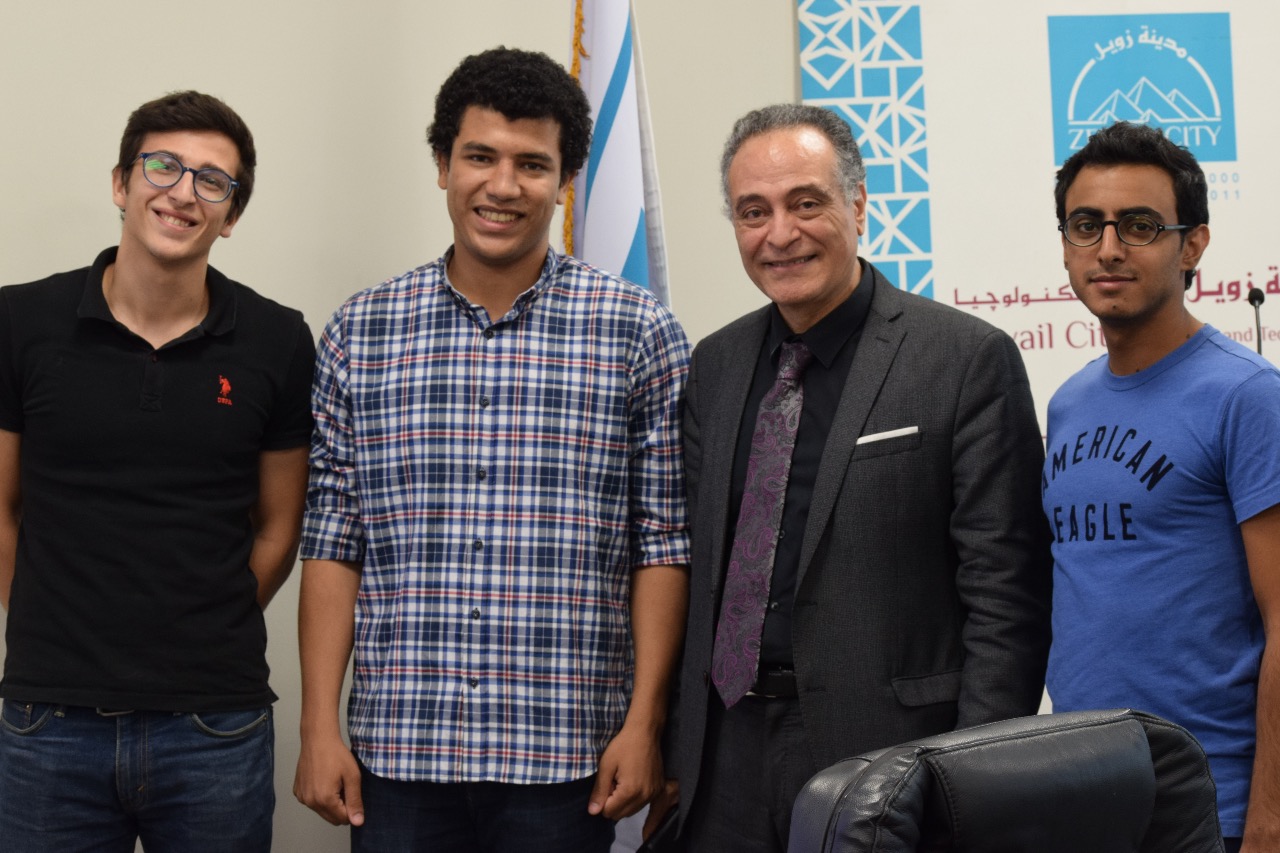 The attendees engaged in a discussion concerning environmental and technological topics. Additionally, Prof. Ibrahim El Sherbini, showcased the City’s initiative in innovating new Urea machines. Where the ministry provides Egypt with more than 4 million Egyptian pounds concerning decreasing the waste of Urea fertilizer, which evaporates during usage making it hard for Agricultural crops to benefit from it. Prof. Sherif pointed out that Zewail City researchers received international and domestic donations of about 124 million Egyptian pounds in order to support their research. Furthermore, Zewail City’s physics program has been chosen to be one of the best 500 programs worldwide based on Shanghai’s ranking.

Regarding the construction progress of the new Campus in October Gardens, the first stage is officially done. The Engineering Commission of the Armed Forces are going the extra mile to finalize the next stage for a high-quality outcome, additionally, it has been stated that the project will be done within a few months.