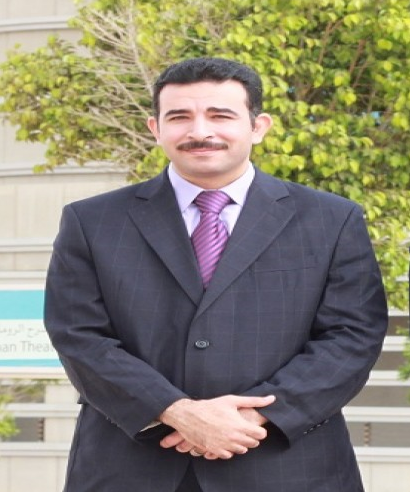 Dr. Mohamed Farhat, a senior researcher and associate professor at Center for Photonics and Smart Materials (CPSM) at Zewail City, won Al-Shrouk Academy Award 2015/2016 from the Academy of Scientific Research and Technology, which is awarded to organizations and individuals. Prof. Salah Obayya, Vice-Chair for Academic Affairs, congratulated Farahat, and wished him more success and excellence at Zewail City, which follows unique scientific standards planned by its founder, the late great scientist Ahmed Zewail.

Farahat also has been granted the senior membership of the Institute of Electrical and Electronics Engineers (IEEE) in September 10, 2016. The grade of Senior Member is the highest for which application may be made and shall require experience reflecting professional maturity. To be one you should have total of 10 years of experience in IEEE-designated fields, and have demonstrated 5 years of significant performance.

Farahat received his Doctor of Philosophy degree under Obayya’s supervision in 2010. He then joined the CPSM in 2012.

At CPSM, Farahat has published a large number of scientific studies in high impact journals, such as, IEEE and OSA. He was granted the senior membership because of his researches which are evaluated according to international scientific standards.