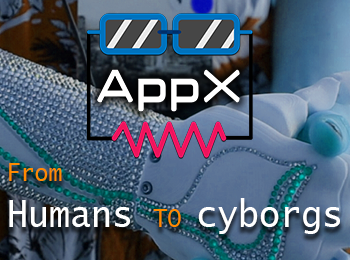 IEEE Zewail City Student Branch organized an event discussing wearable technology and how it is now a tangible reality. The event, titled “AppX: From Humans to Cyborgs”, was held at Zewail City’s Sheikh Zayed campus and lasted for two days, starting from May 6, 2016.

According to Mohamed Elsayed, vice chairman of IEEE Zewail City Student Branch, the event aims at pushing the idea of wearable technology in Egypt and encouraging researchers to delve into this field.

“Wearable technology could be a real game changer in people’s lives,” said Elsayed. “Imagine if this technology became an integral part of the medical field, things will be easier for physicians, which means a better health service for everyone,” he added.

The event’s activities included: a series of sessions on wearable technology, a workshop, an exhibition area, a virtual reality area, and an augmented reality area.

The sessions were the main part of the event where eight speakers introduced the importance of wearable technology and its application in different fields. The sessions’ topics shed light on wearable technology in health care and fashion, embedded systems, nano systems, virtual and augmented reality, sensory substitution, and the internet of thing.

In the workshop, participants were asked to work on a t-shirt that can sense one’s heart rate and temperature and then display the results on users’ mobile screen.

The third section of the event included an exhibition area where participants presented their wearable technology projects to the attendees.