"I am delighted that both Dr. Rosenbaum and Mr. Sawiris have accepted to join our board, thus enriching the role of Zewail City in the academic and business enterprises of the global society," said Prof. Ahmed Zewail, chairman of the supreme advisory board (SAB). 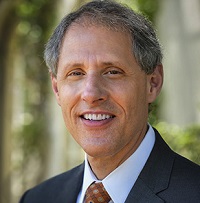 Thomas F. Rosenbaum was appointed the ninth president of Caltech on July 1, 2014. He was formerly the John T. Wilson distinguished service professor of physics at The University of Chicago, where he served as the university's provost for seven years. As Chicago's provost, he had responsibility for a broad range of institutions and intellectual endeavors across the sciences, arts, and professional schools. He has been deeply engaged with Argonne National Laboratory as the university's vice president for research and for Argonne National Laboratory from 2002 to 2006 and as a member of its board of governors.

Rosenbaum, holder of the Sonja and William Davidow presidential chair and professor of physics, is an expert on the quantum mechanical nature of materials—the physics of electronic, magnetic, and optical materials at the atomic level—that are best observed at temperatures near absolute zero. He conducted research at Bell Laboratories and at IBM Watson Research Center before he joined The University of Chicago. 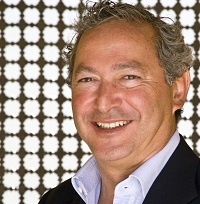 Samih Sawiris was born in Cairo, Egypt, as the middle son among three sons of Onsi Sawiris, founder and president of Orascom conglomerate. He received his diploma in economic engineering from the Technical University of Berlin in 1980.

He is the founder and chairman of Orascom Development Holding (ODH.SW), a Swiss- incorporated company listed on the Swiss stock exchange (SIX). Orascom Development is a leading developer of fully integrated destinations that include hotels, private villas and apartments, and leisure facilities such as golf courses, marinas and supporting infrastructure. Orascom Development’s diversified portfolio of destinations is spread over nine jurisdictions (Switzerland, Egypt, Montenegro, England, Mauritius, Oman, United Arab of Emirates, Jordan and Morocco).

Zewail City of Science and Technology is a nonprofit, independent institution of learning, research and innovation. The concept of the City was proposed in 1999 and its cornerstone laid on January 1, 2000. After numerous delays, the project was revived by the Egyptian cabinet's decree on May 11, 2011 following the January 25 Revolution. The Cabinet proclaimed it a National Project for Scientific Renaissance and named it Zewail City of Science and Technology. On December 20, 2012, a special law for Zewail City was granted, allowing students to enroll at its university and Egypt to begin a new era of modern development in scientific research and technological production.