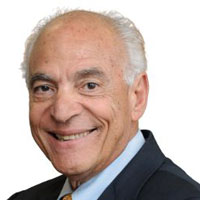 Farouk El-Baz is Research Professor and Director of the Center for Remote Sensing at Boston University. He received a B.Sc. in 1958 in chemistry and geology from Ain Shams University, Cairo, Egypt; M.Sc. in 1961 in geology from the Missouri School of Mines and Metallurgy, Rolla; and Ph.D. in 1964 in geology from the University of Missouri, after performing research at the Massachusetts Institute of Technology (MIT), Cambridge, MA (1962-1963).

In 1966, he participated in the discovery of the first offshore oil in the Gulf of Suez by the Pan American-UAR Oil Company. From 1967 to 1972, he joined NASA’s Apollo program as Supervisor of Lunar Science Planning at Bellcomm, Inc. of Bell Laboratories in Washington, D.C. During these six years, he was Secretary of the Site Selection Committee for the Apollo lunar landings, Chairman of the Astronaut Training Group, and Principal Investigator for Visual Observations and Photography.

From 1973 until 1982, he established and directed the Center for Earth and Planetary Studies at the National Air and Space Museum, Smithsonian Institution, Washington, D.C. El-Baz was selected by NASA as the Principal Investigator for Earth Observations and Photography on the Apollo-Soyuz Test Project of 1975. From 1982 to 1986 he was Vice President for Science and Technology of Itek Optical Systems, Lexington, MA. Since 1986, his research at Boston University applies remote sensing technology to archaeology, geography and geology.

Dr. El-Baz served as Science Advisor (1978-1981) to the late Anwar Sadat, President of Egypt. In 1979, he conducted a journey into northwestern China, which completed his field investigations in all the major deserts of the world. He is known for pioneering work in the applications of space images to ground-water exploration in arid lands. Based on the analysis of space photographs, his recommendations resulted in the discovery of ground-water resources in Egypt, Somalia, Sudan, Oman and the United Arab Emirates (UAE).

He is member of the Board of Trustees of the Library of Alexandria, Egypt, and the Geological Society of America Foundation, which established in 1999 “The Farouk El-Baz Award for Desert Research” to encourage and reward excellence in arid land studies worldwide. He served on the Steering Committee of Earth Sciences of the Smithsonian Institution, the Arid and Semi-Arid Research Needs Panel of the National Science Foundation (NSF), and the Lunar Nomenclature Group of the International Astronomical Union (IAU). He is Chair of the U.S. National Committee (USNC) for the International Union of Geological Sciences (IUGS), and committee member of the GMRA Water Prize and the International Geoscience Program (IGCP), both of UNESCO, Paris.

Dr. El-Baz is President of the Arab Society of Desert Research and the recipient of numerous honors and awards, including NASA’s Apollo Achievement Award, Exceptional Scientific Achievement Medal, and Special Recognition Award; the University of Missouri Alumni Achievement Award for Extraordinary Scientific Accomplishments; the Certificate of Merit of the World Aerospace Education Organization; and the Arab Republic of Egypt Order of Merit - First Class. He is the recipient of the 1989 Outstanding Achievement Award of the Egyptian American Organization, the 1991 Golden Door Award of the International Institute of Boston, and the 1992 Award for Public Understanding of Science and Technology of the American Association for the Advancement of Science. He also received the 1996 M. T. Halbouty Human Needs Award of the American Association of Petroleum Geologists, the 2004 State of Nevada Medal, and Pioneer Award of the Arab Thought Foundation.